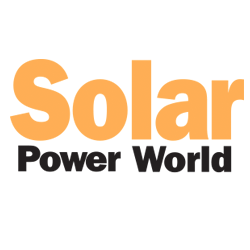 SUNation Solar Systems, recognized as the frontrunner of the Long Island solar market, has been ranked with the following rather impressive positions on the 2018 Top Solar Contractors list:

Published annually by Solar Power World, the chief publication geared towards businesses in the solar industry, the list measures a company’s standing by the total kilowatts installed in the year preceding. Further categorized by specific service provided, type of market served and state of operation, the Top Solar Contractors List is the United States’ most renowned compilation acknowledging solar contractors for their growth and contributions to the industry. The list was released on July 24, 2018 and encompasses solar developers, electrical subcontractors, EPCs, installation subcontractors and rooftop installers within the commercial, residential, and utility sectors.

Since its inception, SUNation has installed over 36,177,000 watts of solar energy in the Long Island market, a number that has grown exponentially year by year. Specializing in purchase to own solar systems, the company has installed over 3,000 systems across Long Island since 2003. Deducing from previous years rankings, SUNation’s augmented position on the 2018 Top Solar Contractors list attests that Long Islanders are becoming more aware of the benefits of renewable energy, and that SUNation as a company is a leader in promoting the shift towards a more sustainable environment on Long Island.

“The U.S. solar industry is on a rebound, having recorded 13% annual growth in the first quarter of 2018,” remarks Kelly Pickerel, editor in chief of Solar Power World. “Based on our conversations with U.S. solar companies, we expect to see strong installation numbers throughout 2018 from many of the featured contractors on our 2018 Top Solar Contractors list.” Looking ahead, SUNation strives to expand its reach across Long Island by growing its commercial and municipal installations and further accelerate solar energy growth in the residential sector.